Our president Roger Harvey OBE agreed to take on the role of chair after the sad and sudden death of Lord Shutt in October 2020, but resigned in September 2022. Roger is well known locally as the chair of Harveys of Halifax – the iconic independent Town Centre department store which has been his life’s work. 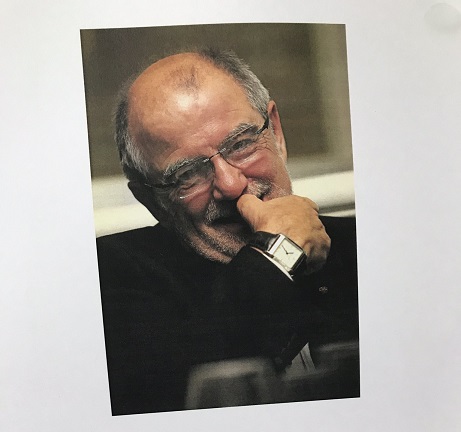 Harvey's dates from the 1920s and was founded in Dewsbury by Roger's grandfather. Roger was only 20 years old, and still learning the trade via a retail apprenticeship, when his father died, and he had to take the helm along with his mother Dorothy. They continued to expand the business together until her death in 1996. Harvey's remains very much a family business; Roger's daughter Tracy is the fourth member of the family to take over as Managing Director; his son Richard runs the IT from his home in Germany, and his wife Sue until recently was a fashion buyer. Roger, now in his early 70s, remains very much involved and is often to be seen at the store. He says, quite simply, "I never wanted to do anything else".

Over and above running Harveys, Roger's contribution to the local community has been nothing short of extraordinary. In the New Year’s Honours of 2009 he was appointed an OBE – primarily for his work with Action Halifax and Project Challenge –  innovative schemes which have changed the lives of hundreds of young people via alternative approaches to education.

Visiting Buckingham Palace with his family to receive the OBE from HM The Queen was a highlight of his life, in particular having the opportunity to see some splendid artworks not on public display
Roger was on the Board of the Piece Hall when it underwent its award winning 2017 transformation and further supports the community as Trustee and Patron of numerous other local prestigious organisations including Black Dyke Band, Northern Broadsides and Halifax Rugby League Club, to name just a few.

How does he relax? He loves gardening - specialising in begonias - and developing areas of his substantial garden.
He has travelled extensively but travel restrictions during 2020 and 2021 have encouraged him to explore our local area more, and he has gained an appreciation of everything it has to offer.
His interest in music began at school, when he took it up as a way of getting out of cross country running. He is passionate about live music and attends performances whenever he can.

Roger is ultimately a people person, explaining how, unlike some high street stores, Harveys continues to thrive amid the challenges posed by supply chain uncertainties and online shopping. Harveys, he says, is all about people. “People want to be entertained", he says. "If you work in retail, you are in the entertainment business”

Roger sees a great future for Halifax Choral Society and is bursting with ideas about how we can keep evolving and grow our audience. "We have to learn from  business", he says.
He is proud of the choir and strongly believes that providing great entertainment for audiences as well as a top quality cultural product is the key to building on our long history and tradition, and securing it for the future. 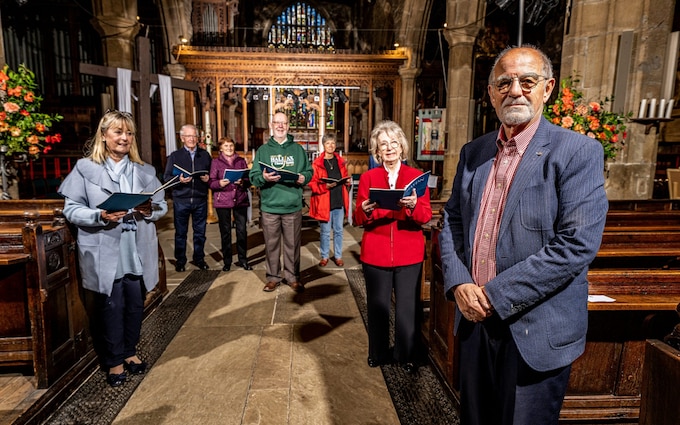 Above - Roger  (front) photographed in Halifax Minster by the Daily Telegraph, with choir members, drawing attention to the continued cancellation of amateur music-making in late 2020 when many other activities had resumed. 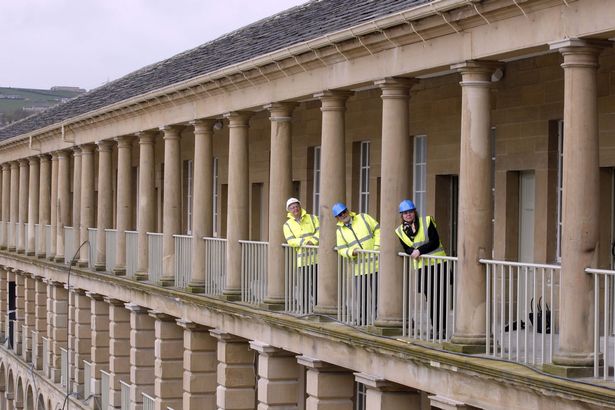